Salve Salerno, or hello Salerno!
After consulting with the man who runs the B&B I'm staying in and making arrangements to visit both of my grandparents' towns in a single day, I had an extra day to explore Salerno and so I did.
It's much less touristy than the rest of the Amalfi coast, which is lovely. It also means not as many people speak English and I've been using all of my Span-tal-ish to get my point across. Though, I could not convey to the woman at the cafe this morning that my B&B is not one of the ones that has an arrangement with them and I was happy to pay 3.50 euros for a cappuccino and croissant filled with a gallon of Nutella.
Last night after an early bird special dinner at 8:45pm, I went down to the waterfront to check out the scene. It was still 80 degrees at 10pm and people were out and about! There was an old school puppet show that involved one puppet repeatedly hitting another, pedestrians out for a stroll and, what appeared to be mostly African immigrants, laying out "designer" bags, shirts and shoes for sale then quickly packing them up and chilling on the benches when the police strolled by. Fascinating people watching!
This morning I walked through the city center and over to the Duomo. Admittedly, I'm reaching my max on churches but glad I went in this one and saw the giant organ and elaborately decorated crypt of San Matteo.
I took a walk back to the water and dipped my toes in. I left my bathing suit back at the B&B and wasn't prepared for a beach day. That said, the water was lovely and I hung out at the beach for awhile.
At lunch, the restaurant owner took an interest in me and, when I tried to order off the menu, had me come inside to see what was available and made recommendations. I ended up having some pasta salad with tomatoes, cheese, ham and melon and grilled vegetables. A good counterbalance to all that Nutella!
I came back home to escape the heat and have a nap and a shower - yay! Will head out to find dinner in awhile. I mean it's only 7pm right now.
Was reading that a Trenitalia train derailed on Friday (no one hurt) and that's causing delays on the line I will take Wednesday. Today, the 90 min ride back to Rome took 3 hours. Glad I bought a ticket for Wednesday morning to give me plenty of time to get back before my flight home Thursday morning. Hard to believe it's almost been four weeks!
Time to make the most of my last few days. Ciao! 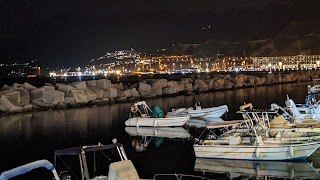 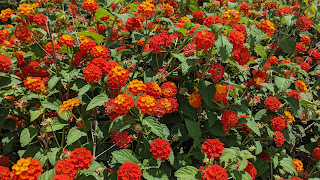 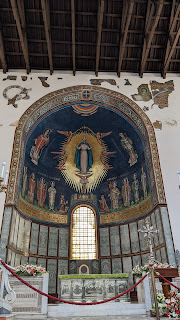 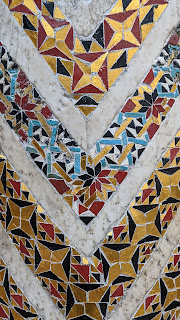 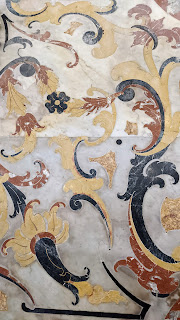 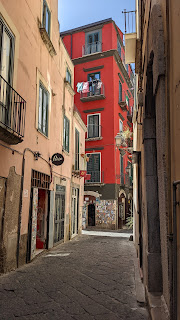