These days there is a lot of news of refugees from Syria and other countries trying to make their way towards Europe and meeting with varied amounts of resistance and success. Since it's Feel Good Friday, we're going to take a closer look at the The Office of the United Nations High Commissioner for Refugees, more commonly known as UNHCR.

As explained in the "About Us" section of their website, UNHCR "was established December 14, 1950 by the United Nations General Assembly. The agency is mandated to lead and coordinate international action to protect refugees and resolve refugee problems worldwide. Its primary purpose is to safeguard the rights and well-being of refugees. It strives to ensure that everyone can exercise the right to seek asylum and find safe refuge in another State, with the option to return home voluntarily, integrate locally or to resettle in third country. It also has a mandate to help stateless people."

While they may be most well known for their emergency preparedness and assistance to people fleeing wars - they have teams of people and stockpiles of food ready to be deployed at a moments notice - this is just one of many services they offer. Others include advocacy on behalf of refugees, providing alternatives to camps and guidance for countries accepting asylum seekers and migrants, and helping refugees with repatriation and resettlement.

Violence and economic hardship are not the only reasons people put their lives at risk to relocate. "In 2013, 22 million people were displaced by disasters brought on by natural hazard events." That's why the UNHCR also focuses on climate change and minimizing the environmental impact of refugee operations.

Being such a well-established organization, their website is full of statistics, resources and videos. They post new videos on their website every few days and most are under 3 minutes long. If you want to see something inspiring, rather than depressing, watch this video of immigrants being welcomed in Austria.

If you want to make a difference, there are various ways you can get involved - donating money, volunteering time or supporting UNHCR online by liking their Facebook page and following them on Twitter @Refugees.

Odds are this will not be the last politically inspired Feel Good Friday post of the election season, but for now it is the first.

While watching a portion of the GOP 2016 Presidential debate last night, I was dubious of some of the claims being made. Where does a person go to learn the truth when it comes to political posturing? FactCheck.org.

FactCheck.org is, according to the mission statement on their website, "a nonpartisan, nonprofit "consumer advocate" for voters that aims to reduce the level of deception and confusion in U.S. policies." Hooray!

But how, you ask? "We monitor the factual accuracy of what is said by major U.S. political players in the form of TV ads, debates, speeches, interviews and news releases." They already have information posted about last night's debate and they have an entire section dedicated to the 2016 elections.

If you're doing you're part to stay engaged with politics in the United States, let FactCheck.org do some of the difficult work for you. As they explain, "Our goal is to apply the best practices of both journalism and scholarship, and to increase public knowledge and understanding."

The website has a lot of articles you can read and you can even write in and ask a question. For those of you more visually inclined, you can check out their YouTube channel, Flack Check. It has a number of videos calling out current presidential candidates on misinformation they've shared. Donald, Bernie - no side is spared. (Though Bernie's video was 0:52 min long and only mentioned one statement while Donald's was 3:35 min. Just sayin'.) They also have helpful videos that explain, among other things, how to spot a false viral rumor in their section, Viral Spiral.

If that all feels a little too serious and you want to take a quiz to test your knowledge, ala BuzzFeed, you can do that too! Though these are a lot more difficult that determining which presidential candidate is your soulmate.

They get their funding from the Annenberg Public Policy Center at the University of Pennsylvania and now, from people like you and me. Whether you choose to donate or just stay current by liking their Facebook page and following them on Twitter @factcheckdotorg, you've now got a place to go when you want "just the facts ma'am".

Every time September 11th rolls around, I think about how much nicer the world would be if people took the time to learn about and appreciate other cultures rather than assume different means bad. In today's Feel Good Friday, we visit an organization in New York City that offers a way for students to bridge the cultural divide.

I learned about the Student Diplomacy Corps (SDC) through this article on the Christian Science Monitor People Making a Difference page, a place I often go on a web surfing safari for a bit of inspiration.

Anthony Allen, Chris Frantz and John Meislin, used their 30 years of experience running cross-cultural education programs to conceive of and found SDC. According to the website, "The Student Diplomacy Corps (SDC) provides opportunities and scholarships for high school students from across the nation and around the world to access dynamic international education summer programs that build college readiness, deepen understanding of global issues and unleash the potential and creativity of youth."

These programs place groups of 10-12 students in Chile, China, France, Italy, Japan, Mexico, Morocco, Spain, Turkey and Uruguay! Whether you're interested in The Importance of Being Basque or Sushi Dreams and Sustainability, there's something for everyone. You can get all details about their programs at this link but be warned, it will make you want to fill out application paperwork.

Of all the people that applied last year, 123 Student Diplomats were selected to participate in SDC and they received scholarships covering 85% of the tuition and travel costs. As the founders point out, insights and skills come not only from the program content but also from the application process.

All this while meeting new friends, seeing new places and making memories that will last a lifetime? Yes!

I've been fortunate enough to travel the world as an adult but oh, how I wish SDC was around when I was in high school! To support their work, you can donate online. To get the latest and greatest info, like their Facebook page.

Happy Feel Good Friday and may all your sushi dreams come true!

Today, Feel Good Friday gets personal. Why? Because the President of Creating Better Communities, Becky Murray, is someone I met when she came with me on a Habitat for Humanity trip to Madagascar in 2007! 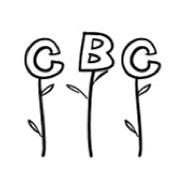 So what is Creating Better Communities, aka CBC? As stated on their website, "CBC is a non-profit organization providing food to homeless and hungry neighbors in Venice Beach, CA."

Volunteers prep food Friday evenings and Sunday mornings for distribution at 7:30pm and 9:00am respectively. Right now much of the food is donated by Food Forward, an organization that "rescues fresh local produce that would go to waste, connecting this abundance with people in need, and inspiring others to do the same."

Becky has certainly been inspired. In addition to the weekly food distribution, plans for CBC include starting a community garden and a donation based restaurant!

You can get involved by volunteering if you live in the area and donating if you don't. To see pictures of the volunteers in action and keep up with the latest, greatest news - like their Facebook page.