Earlier this week I was telling someone about the Imagination Library and was surprised to see it has not already been a Feel Good Friday post. Time to find out more about it. 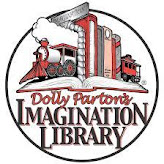 Founded in 1995 by the singer/actress/icon Dolly Parton, the Imagination Library is “a book gifting program that mails free, high-quality books to children from birth to age five, no matter their family’s income.” Dolly’s vision is “to create a lifelong love of reading, prepare children for school and inspire them to dream.” Watch this short video and Dolly will tell you all about it.

When the program first started, books were only distributed to children living in Sevier County, Tennessee where Dolly grew up. After expanding across the United States, the program launched in Canada (2006), United Kingdom (2007), Australia (2013), and the Republic of Ireland (2019). It is now one of the largest children’s literacy programs in the world. Use this link to check for availability in your community.

How many books are we talking about? In 2020 the Imagination Library gifted 19,326,219 million books for a total of 150,606,052 million books gifted since the program started! You can go to the 2020 year in review page for more details on book distribution by country.

In addition to the monthly books that are mailed out, the website has resources for parents. They include short videos that describe activities to do when reading specific books and more general reading tips based on the age of your child.

Earlier this month, a law went into effect in Texas that bans abortions after 6 weeks of pregnancy and allows citizens to sue anyone involved from doctors to Uber drivers. While the Department of Justice is suing the state of Texas and seeking an injunction to temporarily block enforcement of the law, abortion clinics in Colorado and New Mexico are seeing a surge in patients from Texas. Abortion is healthcare and should be accessible without having to travel outside your state. Enter Lilith Fund.

Founded in 2001, Lilith Fund is the oldest abortion fund in Texas and serves people in the central and southern regions of the state (Houston, Austin, San Antonio). They “provide financial assistance and emotional support while building community spaces for people who need abortions in Texas—unapologetically, with compassion and conviction.”

The main way people reach Lilith Fund is through their information hotline, which is staffed by volunteers. According to the 2020 Annual Report, last year there were 4,557 calls to the hotline and 27% of callers were funded with an average voucher of $348. That totals $452,822 offered to 1,300 clients! These clients were 72% people of color, 59% already parenting, 43% with no health insurance and 50% not working for pay.

Since their founding, Lilith Fund has provided grants to more than 10,000 people who otherwise would not have been able to afford a safe abortion. In addition to the financial assistance, they work to “foster a positive culture around abortion, strengthen people power, and fight for reproductive justice in and with our communities.”

If you want to get involved with Lilith Fund and support women in Texas you have several options. Sign up for update and action alerts, become a hotline volunteer, make a donation and amplify their work by liking their Facebook page and following them on Twitter @lilithfund and Instagram @lilithfund.

Did you know September is Firefighter Appreciation Month? With firefighters in California still hard at work battling the Dixie and Caldor fires, today’s Feel Good Friday is a great time to talk about the California Fire Foundation. 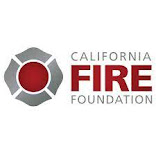 Formed in 1987 by California Professional Firefighters, the California Fire Foundation “provides emotional and financial assistance to families of fallen firefighters, firefighters and the communities they protect.”

If you want to make sure you’re prepared in the event of a fire, check out this fire safety education page. To support the California Fire Foundation and the people they support, shop for merch, make a donation and amplify their work by liking their Facebook page and following them on Twitter @CAFireFound and Instagram @calfirefound.

The last few Feel Good Friday blogs have been focused on disaster and crisis relief around the world. That general theme continues today with the Greater New Orleans Foundation.

Earlier this week, Hurricane Ida caused massive destruction when it hit the Gulf Coast of the United States. Many organizations have stepped in to help with disaster response and restoration, including the Greater New Orleans Foundation (GNOF).

What began in 1923 as the Community Chest of New Orleans, GNOF is a philanthropic institution with a mission to “drive positive impact through philanthropy, leadership, and action in the Greater New Orleans Region.” They do this by connecting “donors and fundholders with causes that they’re passionate about to affect transformational change.”

Initiatives being run by GNOF include:

Other areas focus for GNOF include providing nonprofits with training to increase their leadership and effectiveness, environmental work related to water management and restoration of the Gulf Coast, and a Workforce Innovations Program in which GNOF “partners with employers to provide post-hire support to their incumbents in an effort to assist with those barriers employees face that may or may not be associated with their day to day work, but that impacts their ability to effectively do their job.”

In 2020, over 300 organizations received leadership and effectiveness training, 126 employee clients were served in the workforce innovations program and over $70,000 was granted from the disaster response and restoration fund.

If you’d like to help the Greater New Orleans Foundation support the people of Louisiana and  provide recovery efforts in response to Hurricane Ida, the best way to do that is with a donation. You can also amplify their message by liking their Facebook page and following them on Twitter @GNOFoundation and Instagram @gnofoundation.