Last week we learned about support for children in Nepal. Today Feel Good Friday brings you a story about children in Virginia.

Camp Diva was founded in 2004 and named after a 5 year-old girl who was killed in a firearm accident earlier that year. Her mother, Clover, wanted to create a program that would support young girls and develop in them some of the characteristics her daughter possessed. She teamed up with Angela Patton and Camp Diva was born.

Their mission as stated on the website is "to provide opportunities for teen girls to prepare themselves spiritually, physically, socially, emotionally, intellectually, and culturally, for their passage into womanhood." Every summer they have a five week long retreat and during the school year there are several after school programs available for the girls.

There is also an annual "Date with Dad Dinner and Dance", an event designed to strengthen the relationship between fathers and daughters and provide a place for them to spend quality time together. What's most unusual about this event is that they've brought it behind prison walls! 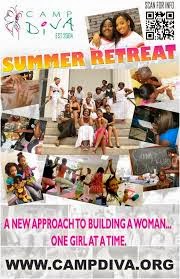 A documentary film called, "Locked In NOT Locked Out" is being made about these father-daughter dances in prison and there is a trailer posted online.

To hear a first hand account of how the prison program came about, you can watch Angela Patton's TEDx Talk.  As always, if you're short on time but want to make sure you're in the loop, like their Facebook page and while you're there, like the Inspiration Safari Facebook page too!
Posted by Miss K at 7:34 AM No comments: 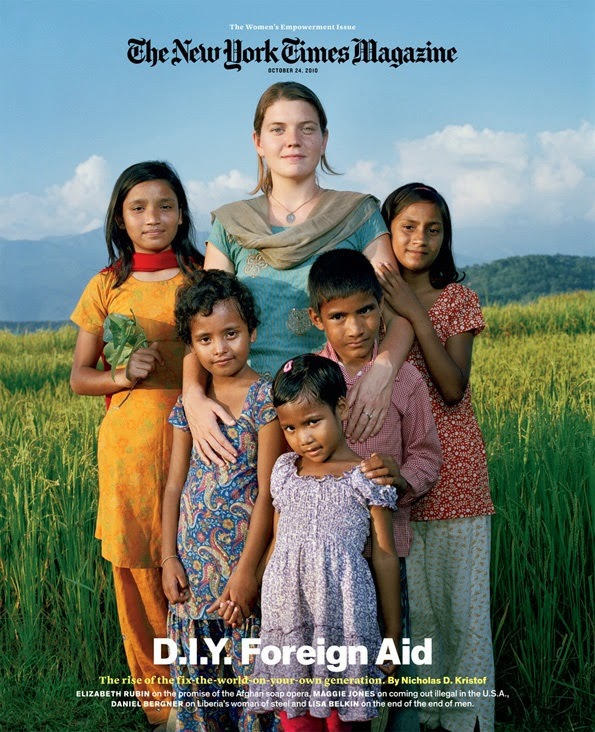 Feel Good Friday is on a young person roll.

From Katie in South Carolina to William in Malawi and back to the United States to meet the Burrito Boyz of San Diego, kids these days are sure a lot more active an involved than I was when I was their age. Today, I want to let you know about Maggie Doyne.

At the ripe old age of (now) 26, she runs the Kopila Valley Children's Home and Primary School in Surkhet, Nepal - a project she started when she was only 19. Meeting young children in need during a trip to Nepal after high school prompted Maggie to call home and have her parents send her the $5000 she earned babysitting so she could start sending Nepalese children to school. 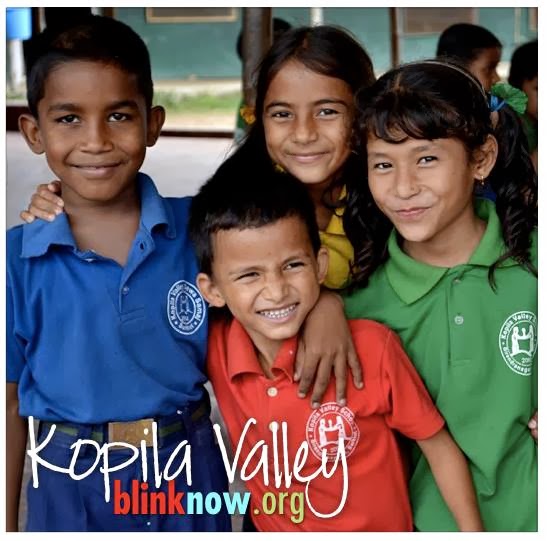 That led her to creating first an orphanage, then a school and finally a foundation. Like you do.

The goals related to Nepal are outlined on their website:

"Our Vision To sustain and improve the quality of life and the future for children of Nepal.

Our Mission To create a self-sustainable living community for destitute children that provides their most basic needs and also contributes to post-war recovery and peace in the nation of Nepal."

As for the foundation... "BlinkNow is a grass-roots organization working to empower young people to become pioneers in developing their own solutions to world poverty. The organization targets under-developed, war-torn countries where extreme poverty exists. These nations have high rates of illiteracy, disease, child labor, and unstable governments, thus making them the prime focus for our organization. The organization has established its initial project in Nepal, Kopila Valley Children’s Home. 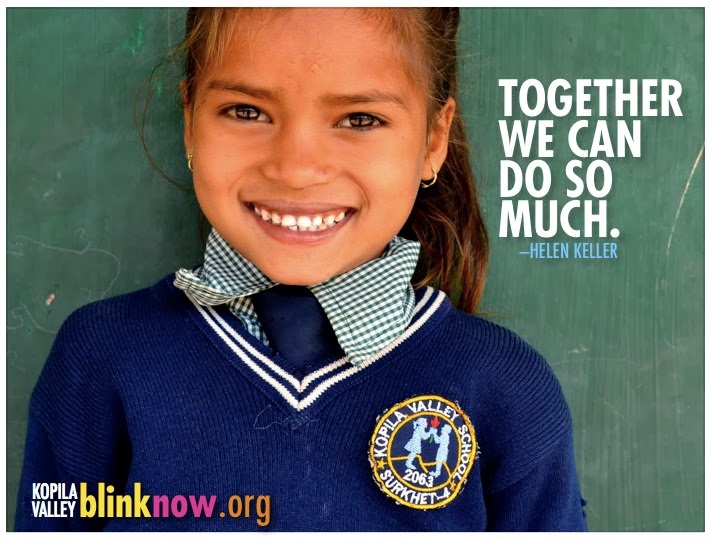 Amazed by the work and can't get enough right? Well, you can still read an interview with Maggie at Communicate Good or a longer article in the NY Times, watch a short video of Maggie and the students or like her Facebook page to keep current with their news.

The last few Feel Good Fridays have focused on work being done by adults so today we shine the spotlight on some kids - the Burrito Boyz from Hunger 2 Help.

This group in San Diego, California began in November, 2010 after Michael and Mehrnaz Johnson got their son Alec's very long list of items he wanted for Christmas and decided to give him some much needed perspective. As stated on their website, "Not only were they hoping to teach their son and his friends not to take things for granted, they wanted to DO something to help others.  After just their first Sunday downtown serving 54 hot breakfast burritos and bottles of water, the group knew they had started something special."

There are now 7 burrito boyz and a Girl Scout troupe that make and serve burritos to the homeless every Sunday - so far that's 149 Sundays and over 40,000 meals!

Their mission is to help nourish the spirit of the street homeless of San Diego by providing hot food and comfort. Well, FGF says, mission accomplished!

As for me, I'm off to find a breakfast burrito. Mmmm, burrito.
Posted by Miss K at 8:18 AM No comments:

If a vigilante group has vision and mission statements, are they really vigilantes? Men who have felt (literally) the wrath of Sampat Pal Devi and her Gulabi Gang would say yes.

The Gulabi, or Pink Gang - so named because the members wear pink saris - was founded in 2006 the Banda District of Uttar Pradesh in Northern India. According to their website, "this region is one of the poorest districts in the country and is marked by a deeply patriarchal culture, rigid caste divisions, female illiteracy, domestic violence, child labour, child marriages and dowry demands."

"The Gulabi Gang was initially intended to punish oppressive husbands, fathers and brothers, and combat domestic violence and desertion. The members of the gang would accost male offenders and prevail upon them to see reason. The more serious offenders were publicly shamed when they refused to listen or relent. Sometimes the women resorted to their lathis, if the men resorted to use of force."

The big stick smack downs of abusive husbands and corrupt officials are a last resort but knowing they are a very real possibility makes people listen to what Sampat Pal has to say. Since it began, tens of thousands of women have joined the gang, whose mission is to "protect the powerless from abuse and fight corruption to ensure basic rights of the poor in rural areas and discourage traditions like child-marriages."

The group has started a school to educated the girls and boys in the district and they've bought sewing machines. The idea being, if young girls can earn income for the family through sewing projects, they family is less likely to marry them off at an early age for dowry money.

You can watch a short video about the group here or check their video page to see more in-depth coverage. As always, you can like them on Facebook if you like them.

Are the women of the Gulabi Gang justified in what they're doing or do you agree with the quote most often attributed to Gandhi, "An eye for an eye will make the whole world blind"?