AAA makes me feel good every day, not just Friday. They can assist you with travel, buying a car and connecting you with tons of discounts. If you're me, they'll also jumpstart your car, change your flat tire and tow you when you blow a head gasket, burn out a clutch or otherwise breakdown on the side of the road. As a side note, I swear I spread these (and other) distress calls over 22 years and two cars.

The reason they are the topic of today's Feel Good Friday post is because of their Tipsy Tow program. New Year's Eve is this Tuesday and a lot of people will go out, celebrate and ring in the new year with a cocktail or two. This can be problematic if you've driven to the festivities. Research from the CDC states, "Every day, almost 30 people in the United States die in motor vehicle crashes that involve an alcohol-impared drive. This amounts to one death every 48 minutes."

AAA is here to help. From 6pm on December 31st to 6am on January 1st, AAA will provide a free ten-mile tow home for drinking drivers and their vehicles - whether your an AAA member or not!

If you need this service, call 800-222-4357 (AAA HELP), tell the operator "I need a Tipsy Tow" and they'll send a tow truck out to get you and your car and drive your drunk butt home. Even if you don't need a tow but you're happy that it's an option, show your support by liking their Facebook page. 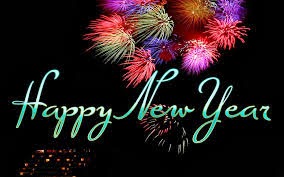 For those of you living and celebrating in San Francisco, MUNI is FREE from 8pm Dec. 31st to 5am Jan. 1st. Most other Bay Area public transportation companies are offering free, and extended hour services that night as well so do yourself a favor and use them!

Thank you for all your support of the Feel Good Friday blog in 2013. I can't wait to share 52 more reasons to feel good in 2014! Have a fabulous, safe and happy New Year!

Looking for a last minute gift that will keep on giving? How about a llama for your mama or some bees for your honey?

You may be familiar with the work of Heifer International, a nonprofit, humanitarian organization dedicated to ending hunger and poverty and caring for the Earth. As they explain on their website, since 1944, they have been providing "livestock, trees, seeds and training in environmentally sound agriculture to families in more than 40 countries, including the United States." To date they've helped 20.7 million families!

It works like this - you go to their website and donate an animal, like a sheep, pig or water buffalo. Depending on how much
want to spend you can donate the entire animal or a share of it. Prices range from $10 - $5,000 so there's something that will work for everyone. 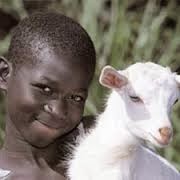 That animal, and training on how to best care for it, is provided to a family in need. Much like Habitat for Humanity, whose philosophy is to provide people with "a hand up not a hand out", Heifer's core philosophy is Passing on the Gift. "This means families share the training they receive, and pass on the first female offspring of their livestock to another family. This extends the impact of the original gift, allowing a once impoverished family to become donors and full participants in improving their communities." 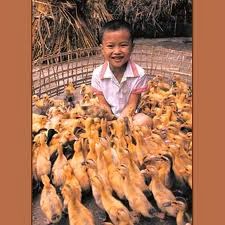 So whether you donate a heifer, some rabbits or a flock of geese (sorry, no seagulls) - your gift will improve the lives of not just one family, but many. Up to nine times the impact!

If you've already finished your Christmas shopping, don't worry. They've got gifts for every holiday so you can shop at Heifer any time of year.

Not yet convinced? Check out this celebrity PSA or watch other great videos on the Heifer YouTube channel.

I can hear your questions already. Who is Erin, where is she going and why feel good about it?


Erin Michelson is an Adventure Philanthropist who recently returned from two years of traveling around the world, volunteering with local organizations and blogging about them on her website Go Erin Go. Not only did she donate her time, skills and spread the word about the works these groups are doing but she also invited her blog followers to decide how to donate her money. It was voluntourism on steroids! 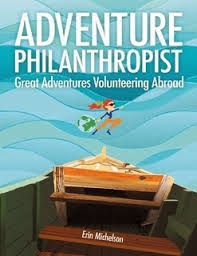 If you missed that boat (like I did) you'll be happy to know she just released a book that recounts many of these stories. You can read my review here. Even better, you can find photos and short videos of the people she writes about on her website if you want to take your armchair experience to the next level.

Reading her book or her blog, you may realize:

Between the volunteer trips with Habitat, the Inspiration Safari filming in Africa (because even though that wasn't the name at the time, that's totally what it was) and Erin calling me one, I've realized that I'm an Adventure Philanthropist! I'd definitely like to keep it that way. Habitat Mongolia in 2014 anyone?

What next? You can watch two video summaries of Erin's travels below. After that, stay in the loop with her adventures by buying the book, subscribing to her blog or liking her Facebook page. That's what I'm doing!

Today Feel Good Friday, along with the rest of the world, celebrates the life of Nelson Mandela.

There are tons of news stories and tributes out there to read, watch or listen to - including this audio history from NPR. What I can contribute to the conversation is my own story.

The anti-Apartheid disinvestment campaign was going strong when I was in college, as was the song Free Nelson Mandela. A friend reminded me that some UCSB students went on a juice fast, which sounds silly but, according to Wikipedia, "University of California, in contrast to the limited action undertaken by Harvard, authorized the withdrawal of three billion dollars worth of investments from the apartheid state. Nelson Mandela has stated his belief that the University of California's massive divestment was particularly significant in abolishing white-minority rule in South Africa." So there.

I remember watching with the rest of the world as he became the first democratically elected leader of South Africa then won a Nobel Peace prize. The 46664 concerts, referencing his prisoner number, raised money for his various foundations and brought out a host of international stars. 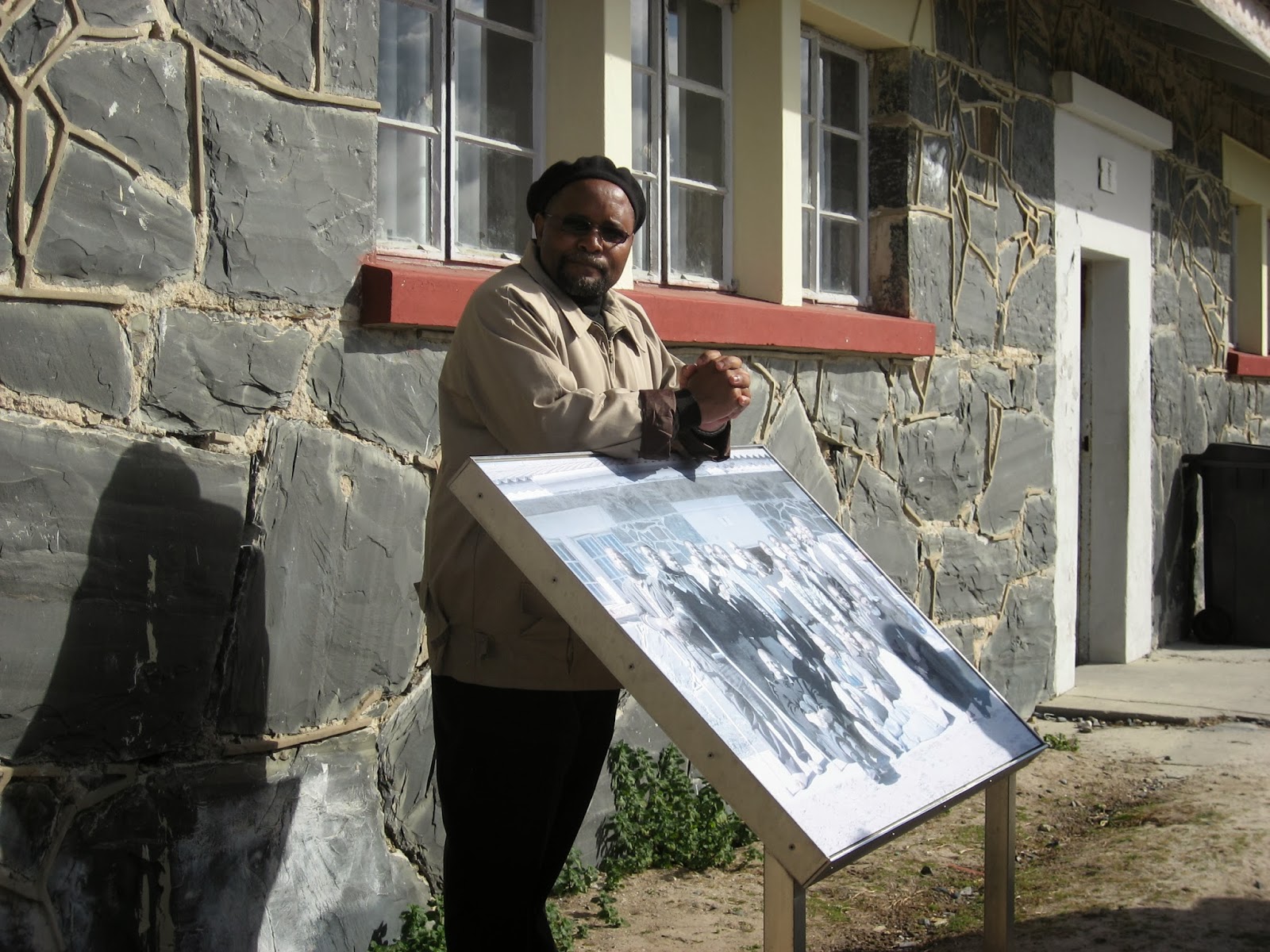 In 2007, I had the opportunity to travel in South Africa and visit Robben Island, where Nelson Mandela spent 18 of his 27 years in prison. You can go back and read the heymissk blog archives here.


Similar to Alcatraz in some ways, an island prison very near a vibrant port city, it was different in many others. Rather than just bank robbers, many of these inmates were political prisoners. Those that are still alive guide the daily tours of the island, now a UNESCO World Heritage site. Their focus is on reconciliation and bringing the country together in order to move forward. 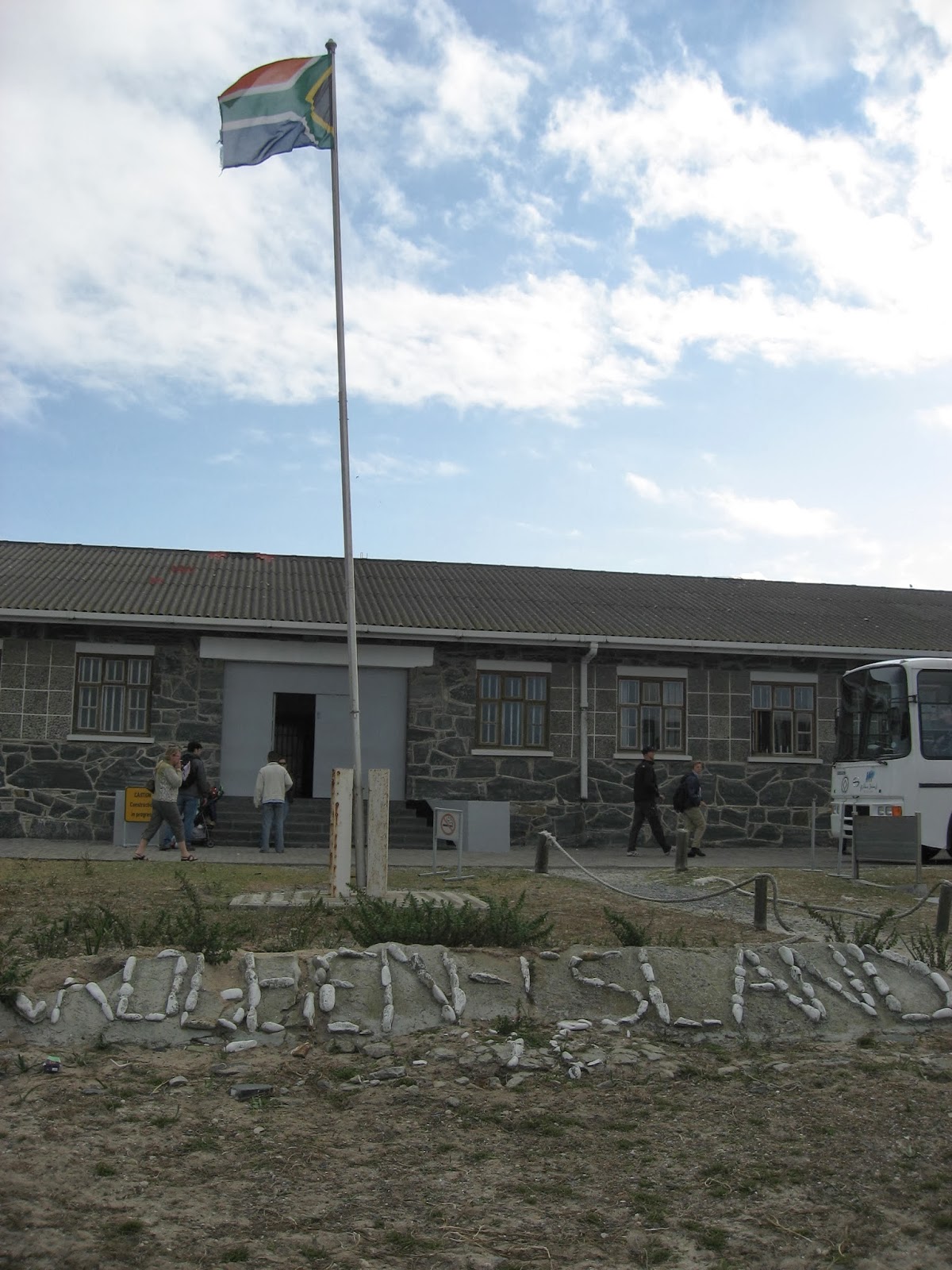 Although not completely free of racial tensions, the spirit of Nelson Mandela could be felt as I traveled through South Africa. Practically every backpacker I met was reading Long Walk to Freedom, his autobiography which will soon be released as a movie, and he was a leader that most locals were happy to talk about with visitors.

Buzzfeed posted a list they call "15 of Nelson Mandela's Most Inspiring Quotes". Of all the ones they chose, my favorite is this: 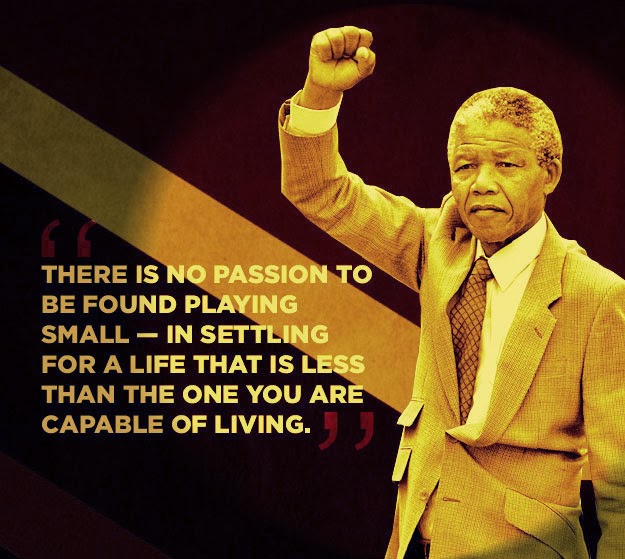 Why not make today the day you start living the life you are capable of living?