This will be the last Feel Good Friday entry for Women's History Month and I sure hope you've finished reading through the list of 100 Inspiring Women because now I've got some amazing videos for you to watch!

Women and Girls Lead Global (WGLG) is a public media initiative of the San Francisco based Independent Television Services, ITVS. As explained on the WGLG website, "We use the art of storytelling to create social change." They believe in the power of documentary filmmaking and focus on stories and issues that affect women and girls, as evidenced by their tag line, “Her story is unstoppable.”

Every year WGLG curates "ten films about women and girls triumphing over adversity" which become their Women of the World series. Next steps include creating a social impact campaign for each film and training facilitators. The films are used to spark conversation, community action plans and social change.

From 2011 to 2015, the organization was focused primarily on the United States and collaborated with public television stations around the country to bring 60 films to over 59 million Americans. There were also over 1,000 live screenings and facilitated events which encouraged conversation and inspired people to take action, donating both time and money to WGLG partner organizations and NGOs. You can find details in the online impact report.

In 2013, Woman and Girls Lead Global expanded their program to include Bangladesh, Colombia, El Salvador, India, Jordan, Kenya, Malawi and Peru. Early efforts are focused on promoting education and fighting child marriage (Bangladesh), building a pipeline for women leaders (Kenya) and reducing teen pregnancy (Peru). You can read interviews with women in these countries in the Her Stories section of the website.

To get an overview of the program watch the latest sizzle reel. You can also go to the Women and Girls Lead YouTube Channel and find a variety of clips and trailers or explore their full film catalog here. There is also an educator toolkit for teachers that includes lesson plans and film modules.

The easiest ways for you to support the work of creating social change through storytelling is to become a funder and/or to be a fan. Super fans help spread the word on Facebook and follow the latest happenings on Twitter @WomenGirlsLead. I’m a super fan, are you?

Today's Feel Good Friday is focused on girls! Why? Because it's still Women's History Month and we're celebrating women of all ages and the people who love them. 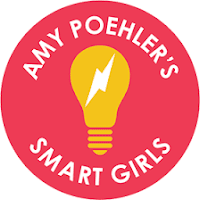 Speaking of women we love, let's talk about Amy Poehler. Whether you watched her on Saturday Night Live or became a fan of Parks and Recreation here's another reason to invite her to become your new BFF. She, along with Meredith Walker and Amy Miles, founded Amy Poehler's Smart Girls, an organization "dedicated to helping young people cultivate their authentic selves". Their motto is "change the world by being yourself"!

They have a variety of shows online including Modern Manners, Book Report, Boys Minute (featuring many of the boys from P&R, Girls of the World, (a great way to learn about other cultures) and Ask Amy (a show where people send in questions and Amy answers them in a short video).

In addition to all the video content, there's an entire take action page sorted by topic. If you don't have a specific topic you want to learn more about, you can just pop by to read interesting, inspiring articles like this one on the women of Hamilton.

As they explain in the about us section of their site, "We celebrate curiosity over gossip. We are a place where people can truly be their weird and wonderful selves."

So take your weird, wonderful self over to their site for a visit. Watch some videos, send the link to a young girl in your life and stay in the loop by liking their Facebook page and following them on Twitter @smrtgrls!

International Women's Day was March 8th and this is Women's History Month so today's Feel Good Friday is all about the ladies!

Salt is a new magazine that is also "a platform for Positive Change Agents". As they explain on their website, "Our goal is to make the world a better place by promoting compassionate business practices." When you buy a magazine, they plant a tree!

To celebrate International Women's Day they published a list of "100 Inspiring Women". The list includes a variety of women from around the world including authors, actors and activists. When you take a look through the list, you'll see names you likely know.

Politicians such as Senator and presidential candidate, Hillary Clinton (#82); Angela Merkel (#3), the first female German Chancellor and Mary Robinson (#6) the first female President of Ireland. Actorvists (can I make that a word?) such as Amy Poehler (#89), comedian and founder of http://amysmartgirls.com; Angelina Jolie (#55) a UN Goodwill Ambassador who campaigns against sexual violence; and Emma Watson (#13) representative of the UN gender equality campaign He For She.

As you continue to search through the list you'll find it's full of Nobel Peace Prize winners! Rigoberta Menchú Tum (#38), Guatemalan activist who brought attention to the plight of indigenous people during that country's civil war; Malala Yousafzai (#11) Pakistani activist who campaigns for girls education after surviving being shot by the Taliban; and the woman in the number one spot this year, Burmese democracy activist, Aung San Suu Kyi (#1).

It's fun to read about people you know and be reminded of why they are influential, inspirational and all around awesome (yeah, I'm talking to you Jane Goodall). Even more fun is to click on the names you don't recognize. How else would you learn about Chinese LGBT activist Li Tingting (#9), Scottish lawyer and environmental activist Polly Higgins (#35), Liberian peace and women's rights advocate (and Nobel Peace Prize winner!) Leymah Gbowee (#2), Estela Barnes de Carlotto (#99), the 85 year old leader of the Grandmothers of the Plaza de Mayo who search for children taken away by the military dictatorship during the Argentinian Dirty War, Senegalese rapper Sister Fa (#51) or Niloofar Rahmani (#77), the first female Air Force aviator in Afghanistan?

If you want to read about more women than I've highlighted here but don't have time to go through all 100 profiles, you can check out this curated list of 23 women provided by Daily Good.

If you haven't let election coverage stop you from following the news, you'll know that astronaut Scott Kelly has recently returned to Earth after a year on the International Space Station! That's the inspiration behind today's Feel Good Friday organization - NASA. 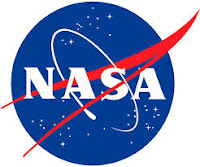 The National Aeronautics and Space Administration, more commonly known as NASA, has a simple vision: "We reach new heights and reveal the unknown for the benefit of mankind." I mean, it's a pretty simple sentence, though perhaps not so simple to reveal the unknown.

Established in 1958 by President Dwight D. Eisenhower, their first major milestone was sending men to walk on the moon in 1969. Now the Washington, DC based agency is aiming to send human missions to Mars. In addition to the space exploration NASA is known for, they also study climate change and work to improve air transportation right here on Earth.

Why I'm talking about them today is because of all the educational and inspirational information available on their website. The resources for educators are broken down by grade. There is a section for students which includes:
An additional Women@NASA site has a variety of outreach programs such as:

NASA's vision is to benefit mankind and the information on their website and the programs they offer go a long way towards making that vision a reality. Once you've finished clicking on some (or all) of the links, make NASA a more permanent part of your life by liking their Facebook page and following them on Twitter @NASA and @WomenNASA. Now go load a rocket for your Mars mission and let me know how well you do!
Posted by Miss K at 9:00 AM No comments: