Those of you who pay attention to things like days of the week will notice that it's Saturday, not Friday. I've had a busy week and fell behind so in the interest of getting this post out before it becomes Feel Good Tuesday, I'm recycling an old story about... recycled flip flops! (groan if you must, I can't hear you)


This is the story of UniquEco, the Flip Flop Recycling Company based in Nairobi, Kenya. I learned about them on my travels through Africa in 2007.  Founded by Julie Church, a marine conservationist and native Kenyan, the company works with people on the coast of Kenya to collect washed up flip flops and turn them into art.

Say what? Here's what. If you're reading this blog, I suspect you're well aware of the harmful effects of plastic pollution in the oceans.  You bring your own bag to the store and your own water bottle to the park. Great, me too!  But did you have any idea what a problem footwear causes?

Flip flops are the footwear of choice for many people around the world. The problem is, discarded flip flops tend to find their way into streams, rivers and eventually the oceans. Currents carry this trash across the miles to the coastline of Northern Kenya. Not wanting to see their beaches covered in trash, the people of Lamu began collecting the flip flops, turning them into art and selling them to the tourists.

UniquEco works with the artists on the coast as well as house a team of artists in Nairobi who work on flip flops collected locally. The brand of flip flop helps identify where it came from. Although some wash up from as close as Tanzania, others make their way to Kenya from Indonesia and China! Sadly there is a never ending supply of flip flops for the artist of UniquEco.

The good news is, by creating art made from trash people not only clean up the beaches but they also earn an income through their creativity and raise awareness of environmental issues. Julie believe very strongly in the power of art as an important medium for conservation and development. To learn more about her and see the artists (and me) at work, you can check this short video I made back in 2008.

So there you have it. Buy some flip flop art, share this post with your friends or just bask in a warm fuzzy feeling knowing that the people of Africa are using their creativity to improve both their own situations and the health of the oceans.

It's Friday and time to celebrate with more music. This organization came to my attention courtesy of my brother - thanks, Jon! 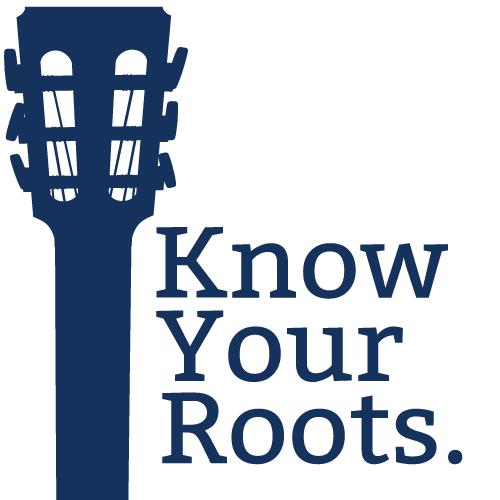 Today's group is the Music Maker Relief Foundation. Their aim is to preserve the musical traditions of the South by directly supporting the musicians who make it. They partner with traditional artists over the age of 55 with a yearly income of less than $18,000.

Their Musician Sustenance program provides grants to help with monthly bills for medicine, food and housing, while their Musical Development program works with musicians to develop their talents, book stage shows and record their works. Not only does this give the musicians earned income from performances and royalties but it introduces them to new audiences around the world.

You can learn more about the organization in this 4 minute video: Music Maker Relief Foundation. 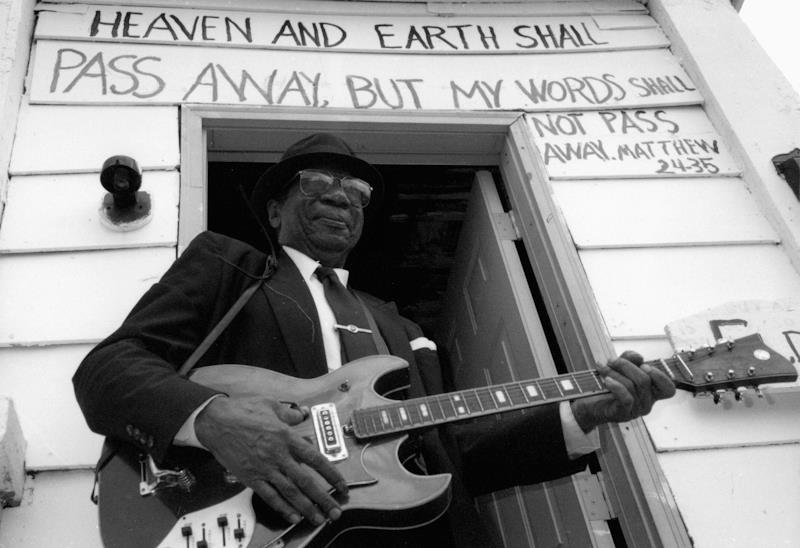 Since their founding in 1994, they have partnered with over 300 artists, issued over 150 CDs and reached over a million people with live performance in over 40 states and 17 countries around the globe. It's a home grown Buena Vista Social Club!

Go to the Music Maker YouTube Channel if you want to see some of the live performances. Call me when you've found the one of the grandma who plays the guitar behind her head! For real. (I can't share the links to everything can I?)

If you've got an idea of a group or person I can blog about - let me know.  Next week, the Feel Good Friday thank you shout out may go to you!
Posted by Miss K at 8:54 AM 1 comment:


Several of these Feel Good Friday posts have been focused on people making art from trash.  Well this week, trash becomes music.

In the town of Cateura, Paraguay, most residents earn their living sorting through the trash and selling the bits that can be recycled or reused. They also pull out parts to make musical instruments for the local children who play in "The Recycled Orchestra".

I encourage you to watch the trailer for Landfill Harmonic, a documentary film in production, that follows the stories of a few of the children in the youth orchestra. 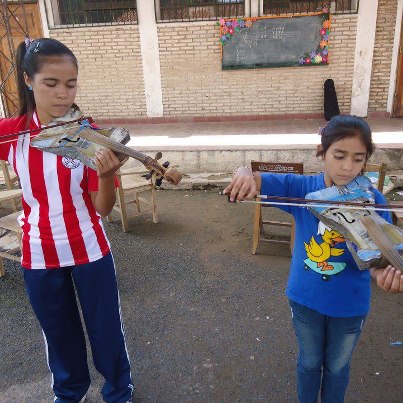 It's 3:27 minutes long and will make you want to a) dig out that musical instrument you've had in your garage since 5th grade to see if you can still play it, b) pull bottles and cans out of your recycling bins to build a drum set and c) keep an eye out for the release of the film.

If you thought the story of the boy making windmills in Malawi made you cry, I'm just warning you now, you might want to have a Kleenex handy.

If you've got ideas for other projects, people or groups you'd like to see mentioned in a Feel Good Friday post - send me a message and let's make it happen! 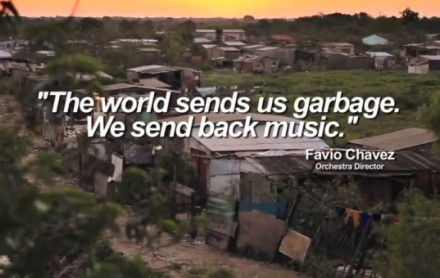 Last week we learned of a young girl in South Carolina growing fruits and vegetables to donate to food banks in her community.  This week, we go to New York to check in on a horticultural training program behind bars. 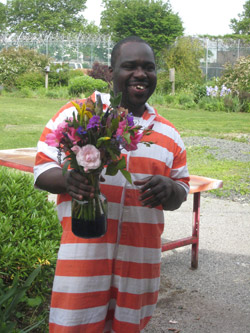 Since 1996, the Horticultural Society of New York has run GreenHouse.  Based on Rikers Island, it's dedicated to reducing the recidivism rate by offering men and women who are incarcerated an innovative jail-to-street program using horticultural therapy as a tool to prepare them for reentry.

GreenHouse provides remedial education, skill development and vocational training in horticulture. Hands-on experience includes designing, installing and maintaining the multi-use gardens, and the design and construction of garden fixtures. Upon graduating from the program on their release, they have the option to join the GreenTeam, a vocational internship program.
There is also a new education program, Project Jailbird, which has the prisoners spot, describe and record migratng birds that stop at the feeders placed throughout the garden.  While there is no Birdman of Rikers, the goal is to contribute the Rikers data to the Great Backyard Bird Count, managed by Audubon and the Cornell Lab of Ornithology.

How is the progam working, you ask? Prisoners in the general population at Rikers Island have a 65% recidivism rate, those in the GreenHouse program? 10%.  I am going to water my plants as soon as I finish typing. 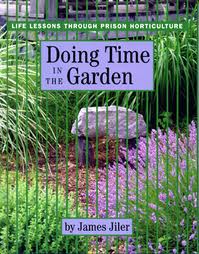 You can read more details about the program and people in it in this article by Maria Finn or go online to check out Doing Time in the Garden, a comprehensive guide to in-prison and post-release horticultural training programs written by James Jiler, the former Director of the program.

Love what The Hort is doing and want to learn even more and see some of the Rikers gardeners? Check out their video Changing Lives.