Founded in Texas in 1982, the mission of Bat Conservation International (aka Bat Con) is “conserving the world's bats and their ecosystems to ensure a healthy planet.” 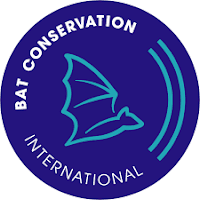 Why bats? As the team at Bat Con explains, “with more than 1,400 species located all around the globe, bats play a substantial ecological role that is vital to the health of our natural ecosystem and human economies.” That includes pollinating valuable cash crops, dispersing seeds that are critical to restoring cleared or damaged rainforests and providing natural fertilizer courtesy of bat poop. “Loss of even one bat species affects ecosystems, communities, and economies.”

You can see why the team of scientists and conservationists at Bat Con is focused on ending bat extinctions worldwide. To accomplish this, they divide their work into four missions:

2.   Protect and restore landscapes – this is done by assessing and documenting bat roosting sites and seeing that those sites are preserved to sustain healthy bat populations.

4.   Inspire through experience – welcoming visitors to Bracken Cave Preserve near San Antonio to witness bats in flight and educating them about the importance of bats and bat conservation. Bat Con also trains volunteer ambassadors, organizes Bat Walks, and runs an annual week of bat-promoting events because experiencing the wonder of bats fosters stewardship.

If you’re near San Antonio in 2022, you visit Bracken Cave Preserve and see the bats for yourself! No matter where you are, you can support Bat Con with a donation and by amplifying their work on social media. Like their Facebook page and follow them on Twitter @BatConIntl and Instagram @batconservationinternational.