How was your Halloween? If you've got leftover candy that you would rather donate than eat, I've got a Feel Good Friday recommendation for you... Soldiers' Angels. 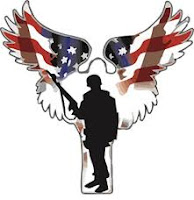 As explained on their website "Soldiers' Angels provides aid and comfort to the men and women of the United States Army, Marines, Navy, Air Force, Coast Guard and their families." It was founded in 2003 by Patti Patton-Bader, after she realized other soldiers serving in the Army alongside her son would appreciate care packages like the ones she was sending him.

In the early days, a small team assembled and sent care packages to the troops. Today, Soldiers' Angels has teams that operate internationally. Their programs are broken into categories based on the populations they serve: veterans, deployed, wounded and families.

Examples include visiting patients in VA hospitals, writing cards and letters to deployed soldiers, providing adaptive laptops for the severely wounded or injured, adopting and supporting a family during the Christmas holiday and sending sympathy and remembrance cards to families who lose a loved one in the line of duty.

Details of all the programs can be found at this link and if you want to register for services you can do that here. 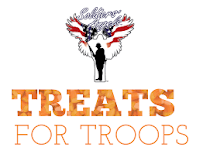 In 2018 alone, Soldiers' Angels supported over 500,000 service members, veterans and family members. Since their founding they've sent over 850,000 care packages, over 6,000 voice-controlled/adaptive laptops and sent 1.8 million cards and letters!

If you want to support the work being done by Soldiers' Angels, you can look for a candy drop-off location, make a monetary donation, become an Angel volunteer, and support them on social media by liking their Facebook page and following them Twitter @soldiersangels.