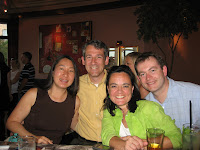 Thursday night I met some friends for the last hurrah before a frantic day of packing, housecleaning and list double checking.

Though we were thwarted from sitting outside by an overwhelming horde of Gap workers, it was a delightful reunion of friends from Parkway Jr. High, UCSB, former Habitat trips, former jobs and former improv shows. All in all a lovely way to continue to procrastinate packing. 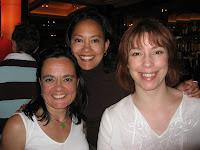 Ah, but pack I did... in a hodgepodge of rolling and stuffing and cramming. Good news, everything fits. Bad news, my bags weigh 4 and a half tons and I am going to have to hire all the 16 year olds on Madagascar to help me carry them around. Luckily, I am here in DC for the weekend and have an opportunity to reshuffle. The most important thing is that my carry on (with all the camera equipment, extra batteries and extra tapes) weigh less than 15lbs otherwise, I have to fist fight representatives from South African 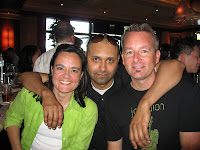 Airlines. Heavy checked bags can be bought at the rate of $5/lb... but not so with the carry on. I'm working it out.

John and I arrived at Jim's house last night and have spent this morning rummaging around for food, walking around the lake and then, realizing it's far too hot and humid to walk around, have come back to the house to lay around and read magazines.
I think all vacations should start like this.

This morning I sat outside and recorded a video diary entry, then I talked to the director about what to do in Africa. Basically he said, keep focused 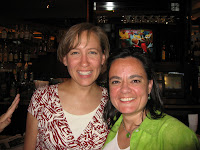 on the dream. If you send lots of safari footage, that's great, but staying focused on the dream while I'm there will help him tie it all together.

He did give me some feedback about how happy he was with the interview I did on Tuesday with the documentary crew. When they asked about my fear of failing I told them I was more afraid of succeeding because then I don't know what happens next. The director said that was a concept they wanted to introduce but weren't sure how they were going to do so. He said he hoped one of the people he followed came to that 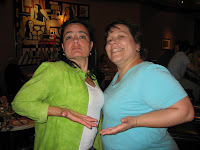 conclusion. Now it's done. All that and pictures of lions? Even though the release I signed said I might... how can I possibly get cut out of this movie now? Yeah, I didn't think so.

Okay. I'm off and will not be checking in again until I'm in Africa! Africa baby!

I'd simmer down, but I don't think I can.

Email ThisBlogThis!Share to TwitterShare to FacebookShare to Pinterest
Labels: Dream