The days tend to blur together when sheltering in place so we're going to spend this Feel Good Friday talking about Tuesday! Cinco de Mayo is a holiday commemorating the Mexican Army's victory over the French Empire at the Battle of Puebla in 1862. While you're raising your glass to Mexico next week, take some time to learn about The Mexican Cultural Institute of New York (MCINY). 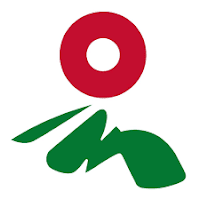 Founded in 1991, the mission of The MCINY is "to strengthen the image of Mexico and foster a  better understanding of our country through the promotion of its art and culture."

They do this by organizing music concerts, dance performances, art exhibitions, film screenings and book presentations. The MCINY also participates in local festivals and partners with art institutes around the world. You can explore past events at this link.

With no current events scheduled, and in-lieu of an annual luncheon, The MCINY is supporting the Cinco de Mayo Eat, Drink and Support Week. From May 2 - 9, New Yorkers are encouraged to order delivery and takeout from participating restaurants who will all be offering special Cinco de Mayo menus. Sounds delicious!

If you're not in New York, perhaps you live near another Mexican Cultural Institute. You can find them in Miami, San Antonio, Washington DC, Paris, Spain and Costa Rica!

As you celebrate Cinco de Mayo on Tuesday, consider supporting and promoting Mexican culture in New York with a donation to The MCINY and by liking their Facebook page and following them on Twitter @MCINY. ¡Viva!
Posted by Miss K at 9:00 AM