If you are coming into this Feel Good Friday distressed about the murder of George Floyd by a police officer in Minneapolis and wondering what you can do, I invite you to support Black Visions Collective (BLVC). 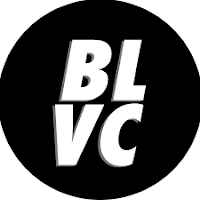 I learned about BLVC in the article, "5 Ways White People Can Take Action in Response to White and State-Sanctioned Violence". You can find it here.

Black Visions Collective was founded in Minneapolis in 2017. It's a "Black-lead, Queer and Trans centering organization whose mission is to organize powerful, connected Black communities and dismantle systems of violence."

They accomplish this work by building movements from the ground up and developing Minnesota's emerging Black leaders so they can lead strategic campaigns that put healing and transformative justice at the center. Whether the actions they take involve mobilizing with national groups, or focusing on local campaigns they support their long term vision in which "ALL Black lives not only matter, but are able to thrive."

In response to the murder of George Floyd, BLVC is encouraging supporters to call Minneapolis Mayor, Jacob Frey, and ask that the police department funds are redirected to mental health resources, affordable housing and public health approaches to violence prevention. 612-673-2100.

Other ways to support the work of Black Visions Collective is by making a donation and keeping up with the latest news on social media. Like the BLVC Facebook page and follow them on Twitter @BlackVisionsMN. #JusticeForGeorgeFloyd #BlackLivesMatter