It's Feel Good Friday, St. Patrick's Day is coming up this weekend and it's still Women's History Month, so I searched for an organization in Ireland that works with women and found Ruhama.

Since 1989 Ruhama, based in Dublin, Ireland, has been working "on a national level with women affected by prostitution and other forms of commercial sexual exploitation." This short video from the CEO, Sara Benson gives you a good introduction to their work. 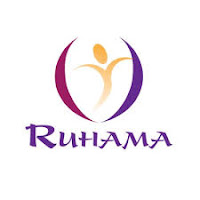 Ruhama also advocates a legislative framework that decriminalizes those in prostitution and works with national media to raise awareness of prostitution, sex trafficking and commercial sexual exploitation.

When they celebrated their 25th anniversary in 2014, their records show they assisted more than 2500 women from over 60 countries!

If you live in Ireland, you can get involved with Ruhama by volunteering. No matter where you are, you can show your support by making a donation, liking the Facebook page and following them on Twitter @RuhamaAgency.
Posted by Miss K at 9:00 AM