If you watched Stacey Abrams' response to the State of the Union address this week, you heard her mention her organization, Fair Fight Action. What's it all about, you ask? Feel Good Friday is here to explain. 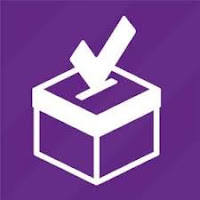 As stated on their website, Fair Fight Action's mission is "to advocate for election reform and engage in voter education and turnout to secure the voting rights of Georgians."

Why does it matter? Read stories of Georgians who showed up at their polling locations to vote and found extremely long lines that required they choose between missing work and voting, people told they were registered in a different county than the one they lived in and had been voting in, and people given provisional ballots for a variety of suspect reasons. I had heard about midterm election shenanigans in Georgia but reading so many people's individual stories is rather shocking.

If you live in Georgia and have an election day story to tell, you can share it here. If you want to support Stacey Abrams in her effort to reform elections in Georgia you can make a donation and spread the word on social media by liking their Facebook page and follow them on Twitter @fairfightaction