If you've been following news in the U.S. this week, you know the polar vortex is causing record low temperatures in places like Chicago. That presents problems for everyone, especially the homeless. There are local groups providing support, including today's Feel Good Friday organization, the Chicago Coalition for the Homeless (CHH). 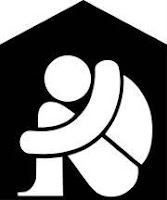 During this week's extremely cold weather CCH has been connecting people to shelters and warming centers. Estimates from 2016 found there were 16,000 people living on the streets of Chicago and over 80,000 homeless when you count those who are "doubled up", or living in other people's homes. Over 11,000 of these people are unaccompanied youth between the ages of 14 and 24.

To address the issues around homelessness, CCH has been following the same mission since 1980: "We organize and advocate to prevent and end homelessness, because we believe housing is a human right in a just society."

Their programs include outreach by community organizers, a Reentry Project that certifies high-performing ex-offenders and matches them with subsidized housing, a creative writing program and a Speakers Bureau comprised of 15 formerly homeless youth and adults. In 2018, they reached 3,250 people in 63 venues to discuss topics such as providing homeless families with access to affordable housing, advocating for educational rights of homeless youth and securing job training and living wage employment.

The Chicago Coalition for the Homeless also provides free legal services to over 450 clients per year and advocates statewide for programs and policies that support homeless youth and adults.

To preserve their independent voice, CCH does not accept government funding. That makes donations from supporters an important part of their ability to continue the work they do. You can become a supporter by donating here, volunteer with the #BringChicagoHome campaign if you live in Illinois and, no matter where you live, you can like the CCH Facebook page and follow them on Twitter @ChiHomeless.