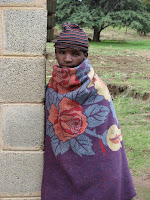 I'm writing this update from my couch in San Francisco. It's comfortable, but it's not as exotic as some internet cafe in Africa where the electricity can go out at any minute.

Being back has been great - I get to see my friends and family, eat good Mexican food and sleep in my own bed. I do miss Africa, though.

I miss the variety of people and food and landscape. I miss the sense of adventure and possibility that was a part of every day. 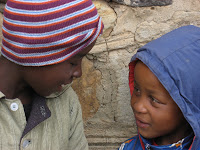 But fear not, there is still opportunity for adventure and possibility. Once some of the more mundane tasks are accomplished - laundry, new car battery, 5 day course of antibiotics - I have the rest of my life to figure out.

I've got hours and hours of video footage to look through and figure out how to edit so that I can tell the story I'm trying to tell. I'm hoping that while reviewing the footage I get some clarity on what that story is. 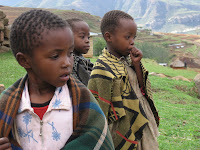 I've got to determine next steps. How do I make this travel show a reality? Who do I talk to? What do I do?

I've got to keep doing my video diaries for the documentary film. A crew will come out to San Francisco at least twice before the year is up. In February, the whole cast goes to San Diego to meet and talk about what we've all done. The adventure of the documentary film is alive and well.

So for now, I'm going to go to the grocery store and reactivate my gym membership and edit my photos to a viewable number. Soon I will start taking the next steps to see this dream become a 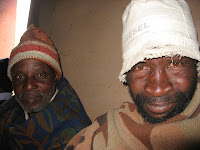 Miss K By the Numbers

10 - countries visited (can you name them all?)

2 - countries visited for less than 24 hours (Zimbabwe and Lesotho, where these photos were taken)

45 - different hotels/campsites/backpackers/houses/trains and busses I spent at least 1 night sleeping in over the course of my travels. 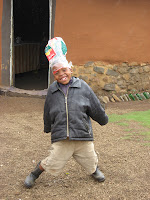 Overall, this trip has been a fantastic experience and I would encourage anyone who is thinking of traveling to Africa, traveling solo or following a dream to stop putting it off and start making it happen.

It's up to you to make you happy.

Hey Miss K - good luck with all the editing of the video footage. Keep true to your dream - follow your heart!
Lots of Love
PJ
PS I miss Africa too!

Miss K, Where are you? Please let us know what is going on. We care.