Happy April Fool’s Day! A day of pranks and (hopefully) laughter, and a perfect Feel Good Friday to talk about comedians and the people looking out for them. 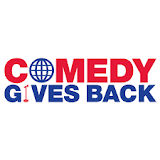 Comedy Gives Back is the safety net for the comedy community. It was founded by industry veterans in April 2020, to help comedians who found themselves out of work and struggling at the beginning of the Covid pandemic.

As they explain on their website: “Being alone onstage is part of the job of the stand-up comedian. Feeling alone offstage is unacceptable. Comedy Gives Back was created so that comedians have resources to turn to when times get tough.”

The first major event produced by Comedy Gives Back was Laugh Aid, a virtual event that involved 90 comedians streaming 8 hours of live content. Comedy fans tuned in, donated and helped Comedy Gives Back raise $400,000 which was distributed to over 700 grantees.

In addition to the financial relief grants, Comedy Gives Back helps comedians access mental health and substance abuse resources. There is also a Facebook group for comedians to connect and support each other.

If you’ve appreciated comedians who brought laughter into your world over the last two years, let them know it by making a donation and spreading the word on social media. Like the Comedy Gives Back Facebook pageand follow them on Twitter @ComedyGivesBack and Instagram @ComedyGivesBack.

What a great idea they had to create this support system for people who would otherwise be completely overlooked (I'm guessing comedians don't qualify for unemployment...). Thanks for spotlighting this org, Miss K!