It’s the first Feel Good Friday of Women’s History Month and the country of Ukraine is under attack. That’s why we’re profiling an organization supporting women in Ukraine, Urgent Action Fund for Women’s Human Rights. 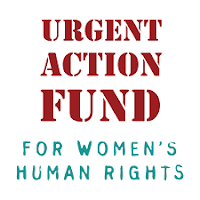 Founded in 1997 and headquartered in Alameda, California, Urgent Action Fund for Women’s Human Rights(UAF) is “a feminist fund that protects, strengthens and sustains women and transgender human rights defenders at critical moments.” They respond to requests for assistance within 24 hours and have funds of up to $8,000 USD on the ground within 1- 10 business days.

Right now, to support women, trans, and nonbinary activists in Ukraine, UAF is responding to requests from groups and individuals seeking:

This rapid response grantmaking is one of the ways UAF supports women’s rights, LGBTQ+ rights, and climate defenders. Another focus of UAF’s work is advocacy and alliance building. When they see that certain issues are trending, UAF “brings together grassroots activists, feminists, women’s human rights defenders, academics and policy-makers to design the best strategic response.” Solutions range from fundraising to policy change.

In order to better direct their grantmaking and fundraising efforts, UAF established autonomous, urgent action sister funds in Africa (2001), Latin America (2009) and Asia (2017). This global consortium has awarded over 2,000 grants to women’s human rights activists in 110 countries around the world. You can use this interactive map to see who has received grants in the last 10 years, and if you know anyone who would benefit from receiving funds, send them this link.

If you want to support the work of UAF, you can donate to the Urgent Response Fund: Ukraine, make general donation, or volunteer. You can also amplify the work of UAF on social media. Like their Facebook page and follow them on Twitter @UrgentAct and Instagram @urgentactionfund.