Feel Good Friday - My Block, My Hood, My City

After watching the documentary film A Tiny Ripple of Hope in the Slamdance Film Festival this week, I was inspired to share the story of this organization in today’s Feel Good Friday. 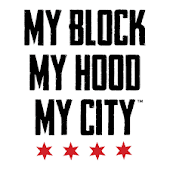 The movie profiles Jahmal Cole, founder and CEO of My Block, My Hood, My City (MBMHMC), also known as M3. He created M3 in 2015 with a mission “to help teenagers overcome the poverty and isolation they face, boosting educational attainment and opening them to opportunities that make a difference in their lives.”

Chicago is the most racially segregated city in the United States and many young people don’t travel outside of their neighborhoods. M3 found that taking educational trips makes students more likely to be academically and financially successful, it influences their career choices and it increases their curiosity both in and outside the classroom.

For these reasons, the main focus of M3 is the Explorer’s Program. Youth from under-resourced neighborhoods in Chicago are taken on trips around the city to explore new communities, cultures, and cuisines in an effort to gain a greater understanding of their city and to expand their vision of what is possible. Participating teenagers get access to 8 Explorations, which include food and transportation, as well as MBMHMC gear and access to internship opportunities with corporate hosts. In the 2019-2020 school year, My Block, My City, My Hood served 150 high school students!

Other direct-action programs run by M3 include a small business relief fund, services for seniors, block club training and a volunteer crew that shovels snow for seniors and people with disabilities.

If you’d like to support My Block, My Hood, My City in their efforts to help students in Chicago “Explore. Experience. Evolve.”, there are several ways to do so. Make a donation to the general fund or to the “I Gotchu” Scholarship Fund which supports Explorer alumni in post-secondary initiatives such as college or trade school. You can also shop for shirts, hats and masks and amplify their message by liking their Facebook page and following them on Twitter @mbmhmc.