Concerned about ethics violations in politics? So is Citizens for Responsibility and Ethics in Washington, aka CREW, and that's why they're today's Feel Good Friday organization. 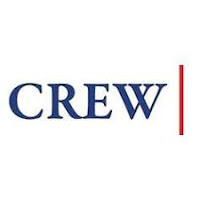 CREW is a non-partisan legal watchdog group that was founded in 2003. As explained on their website, "in a political moment where profits are prioritized over ethics and anonymous money damages the democratic process, CREW highlights these violations of the law and abuses of power through aggressive research and legal action."

As you might imagine, they've been quite busy lately and have taken over 450 legal actions since the beginning of the current administration.

Their work focuses on three areas: legal, research and policy. The team at CREW researches the flow of money in politics and identifies violations of campaign finance, ethics, tax or other rules. The first step is to file complaints asking the appropriate government agencies to investigate. If those agencies don't follow up, the second step is to file lawsuits to compel them to enforce the law. CREW also supports government agencies and public organizations working to reform campaign finance systems, strengthen federal corruption laws and increase government transparency.

You can go to this link to read up on the latest actions such as filing a complaint against Rudy Giuliani for violating the Hatch Act, requesting DOJ records on Roger Stone's reduced sentencing and requesting Army records on the removal of Lt. Col Vindman. These were some of the latest stories when I was writing this on Tuesday. Who knows what will be there by the time Friday rolls around.

There's an entire section of their websites devoted to reports they've compiled on unethical behavior. Reading them will get you riled up and ready to act. Then what? If you're an attorney, you can sign up with their pro bono program to volunteer your skills. Everyone else can make a donation so CREW can continue their work or send in tips if you've found evidence of unethical behavior. Keep up on the latest news by reading their blog, liking their Facebook page or following them on Twitter @CREWcrew.
Posted by Miss K at 9:00 AM