Launched in 2016, the mission of this Australian organization "is to help improve the educational opportunities of 6 million children living in energy poverty throughout the South Pacific, South East Asia and Africa by 2030 by providing them with SolarBuddy solar lights to study with after dusk." 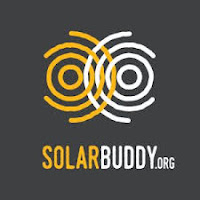 Why focus on lighting? 1.4 billion people around the world live in energy poverty, meaning they have no light or power once the sun sets. The use of cooking fires and kerosene lamps in the home creates indoor air pollution that causes 4.3 million deaths per year.

An impact assessment commissioned by SolarBuddy found that students study 78% longer when they have a solar light. In addition, having a solar light means less money spent on lighting and less reliance on diesel, kerosene and burning wood for fuel. That's better for the health of both people and the environment.

SolarBuddy has programs for schools, corporations and conferences. In all cases, the people involved learn about energy poverty, renewable energy and global citizenship and then get to work assembling solar lights that will be distributed to children around the world. To date, volunteers in 500 schools and 80 corporations have assembled and donated 84,000 lights. This video gives a great summary of the programs.

You can support the SolarBuddy team by getting your school or workplace to host an event, making a direct donation and spreading the word by liking their Facebook page and following them on Twitter @SolarBuddyOrg.