If you're a movie or pop culture fan, you know that Black Panther was released yesterday and A Wrinkle in Time is coming out next month. Both films are directed by African American filmmakers, it's Black History Month so today's Feel Good Friday organization is the Black Filmmakers Foundation. 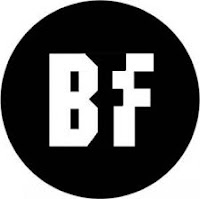 As described on their Facebook page, the Black Filmmakers Foundation (BFF) is a "non-profit media arts organization founded in 1978" as a "product of the social and artistic consciousness that developed in the late sixties and early 1970s."

Founded by Warrington Hudlin, producer of the 1990 Kid and Play movie, House Party, the mission of BFF is to design and administer programs that address the institutional disenfranchisement of black filmmakers and black audiences.

Want more? Listen to last week's 16 minute interview with founder Warrington Hudlin discussing the "Evolution of Black American Cinema" and if you're a black filmmaker, become a member of Cast and Crew of Color, "The online professional network for people of color who work in motion pictures, television and the Internet".

All of us can support the work of BFF by liking their Facebook page and by going to the movies!
Posted by Miss K at 9:00 AM