Can hip hop music and culture inspire kids to become architects and designers? Of course it can - it's Feel Good Friday! 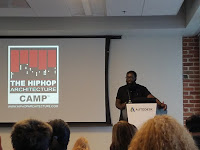 I learned about Hip Hop Architecture Camp when the creator Michael Ford came to Autodesk to give a presentation. [Disclosure time: Autodesk has been working with him to launch camps around cities in the US this past summer. That's what he came to talk about and that's why all the kids are wearing matching Tinkercad shirts in their videos.]

The vision of Hip Hop Architecture Camp, is "to use hip hop culture as a catalyst to increase the number of underrepresented communities in S.T.E.A.M. fields." You're likely familiar with the science, technology, engineering and math portions of the acronym. The A stands for art and architecture. 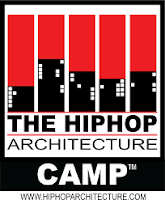 These one week camps introduce kids to architecture and urban planning through the lens of hip hop culture. At the end of the week they not only create models of the communities they've designed, they also create a hip hop music video that summarizes their work and experience. You can get a great overview of the program by watching this 5:46 minute documentary encouraging kids to Build It Up. If you're curious to see the results from the camp you can watch a number of the camp mixtape videos and even download the songs here.

In 2017, camps took place in Los Angeles, Austin, Houston, Atlanta, Detroit, Bronx, Oakland and Richmond. If you'd like to see a camp come to your city, get involved and host one! Hip Hop Architecture Camp is free to students and you can help keep it that way by making a donation. To stay in the loop and share the social media love, follow Michael Ford on Twitter @HipHopArch.
Posted by Miss K at 9:00 AM