So far, all the Feel Good Friday posts in 2015 have focused on organizations in the United States so today we're taking a trip to Gulu, Uganda. 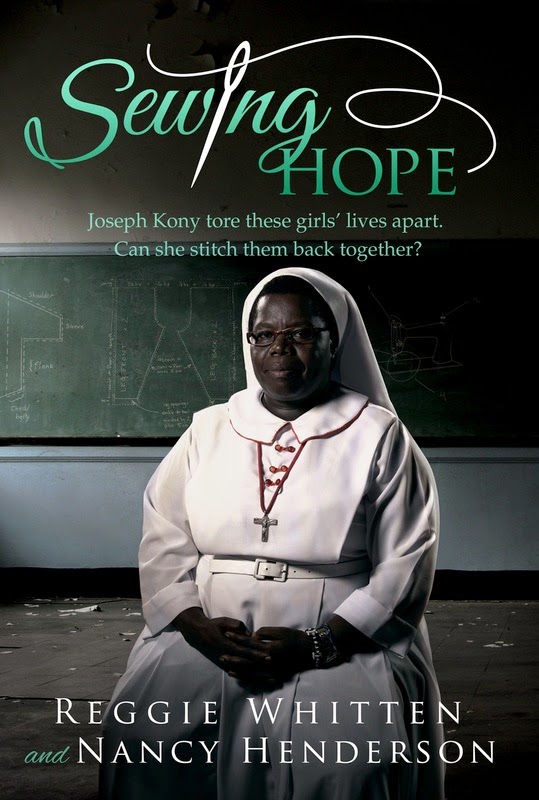 Sister Rosemary Nyirumbe has been the Director of St. Monica's Girls Tailoring Center in Gulu, Uganda since 2001. Her story has been transformed into a book and a documentary film, both titled Sewing Hope. The website provides this background, "For 25 years Joseph Kony and his Lord's Resistance Army (LRA) terrorized Northern Uganda. They abducted children and forced them to commit atrocities against their own families and communities. Girls as young as thirteen were degraded to sex slaves for Kony's officers."

When these girls return home with their children, whose fathers are rebel commanders, they are often shunned by their communities. Sister Rosemary wanted to provide these girls a way to accept, forgive and support themselves. She made an announcement on the radio inviting all former Kony captives to come to St. Monica's for refuge and training. In the first year, 200 girls signed up and since then over 2,000 have been through the program.

She started with a sewing class for the girls and, after seeing how it boosted their self esteem, added additional classes in jewelry making. In 2012 she cofounded Sisters United as a for-profit organization to sell the products the girls were making.

Sister Rosemary was selected as a CNN Hero in 2007 (video) and named one of the "100 Most Influential People in the World" by Time Magazine in 2014. You can learn more about her and the program by reading this detailed article from the Christian Science Monitor or buying the book. 100% of the net proceeds from the book go to Pros for Africa, a US based group that supports Sister Rosemary and her work at St. Monica's.

You can watch the trailer for the documentary here then stream the full movie on Netflix. If you like it, adding your comments to the page will encourage others to watch the film and learn about the work Sister Rosemary is doing at St. Monica's. It's only 53 minutes long and (having just watched it myself) very inspiring.

Finally, you can keep up with this dynamic woman by liking her Facebook page and following her on Twitter @Sister_Rosemary. That's what I'm doing!