Several months ago, Feel Good Friday celebrated the work of Habitat for Humanity. Today, we're here to spread the word about Wheels for Humanity.
UCP (United Cerebral Palsy) Wheels for Humanity began in 1995 with the delivery of 130 wheelchairs to people in Guatemala. Their mission is to provide "mobility, dignity and opportunity to people with disabilities in developing countries." Almost 20 years later, they now operate a 10,880-square-foot warehouse in North Hollywood, CA and a quick peak at their destinations map will show you they are worldwide.

Perhaps their most famous spokesperson is Sri Lestari from Central Java. Injured in a motorcycle accident that left her paralyzed from the chest down when she was 23, the loss of her mobility and independence plunged her into a deep depression and she rarely went outside her home.

That was until she learned of the Wheels for Humanity program that modifies motorcycles to include a wheelchair platform, hand controlled stick-shift and brakes and other elements that make them possible for people in wheelchairs to drive. 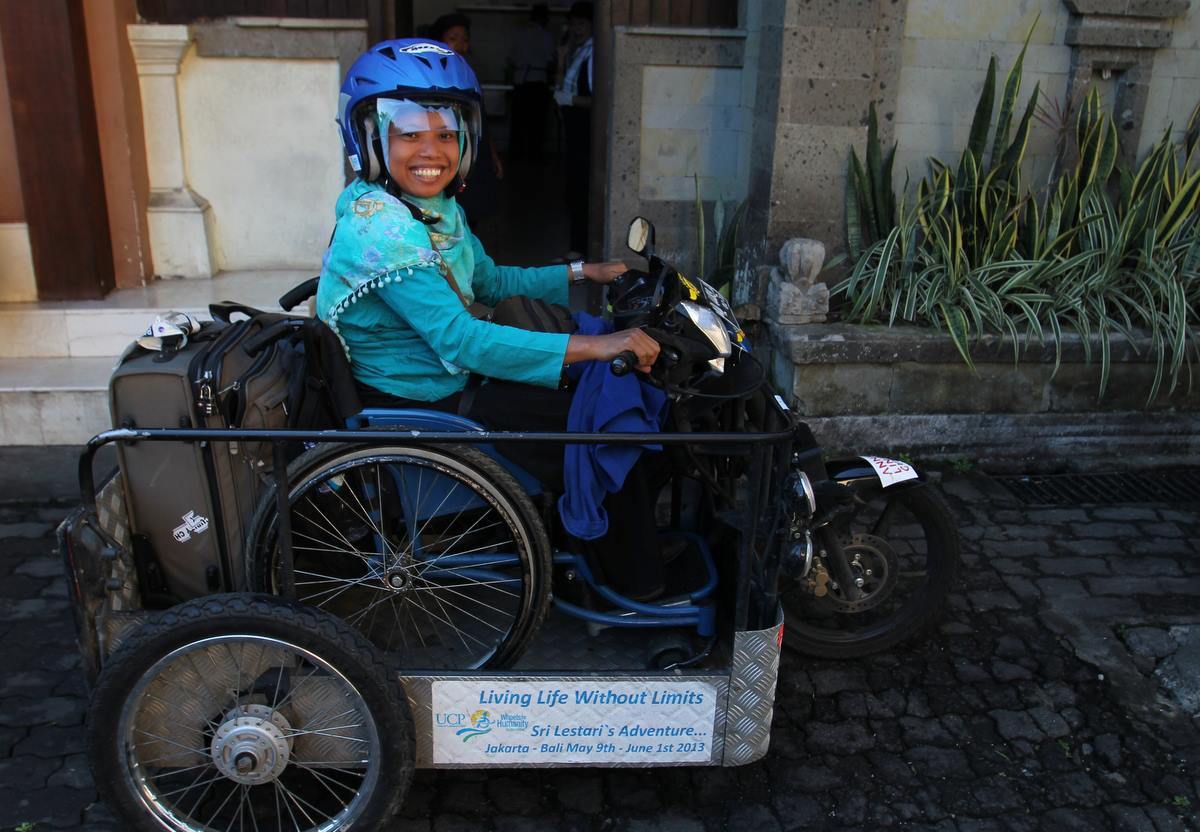 After getting some financial assistance, not only did Sri get a modified motorcycle but she also became an outreach officer for Wheels and now travels the country providing support to the estimated 2 million people living with disabilities in Indonesia. Recently she drove over 750 miles from the capital, Jakarta, to Ubud on the island of Bali on a campaign to empower disabled people.

As she states in this much more detailed article in the Christian Science Monitor, "I think I am a good example. So many parents will see the positive things from me - that even if they have children with a disability, they have a brighter purpose, that hopefully their children can be like me. They can be free and independent."

Thank you so much for sharing my article on Sri Lestari!
Best,
Joni Sweet
journalist