Feel Good Friday - Hav a Sole

It's Feel Good Friday! Put your feet up and read about this week's organization, Hav A Sole. 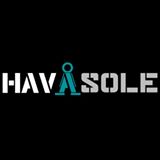 As they state on their website, "Hav A Sole's mission is to provide the homeless and at risk youth population with quality footwear to encourage healthier lifestyles and prevent disease, while fostering a sense of community along the way."

The organization was founded in 2014 by Rikki Mendias. Having lived in a shelter in Southern California with his mother when he was younger, and going to school in shoes with holes, he was profoundly impacted by a woman who took him to buy two new pairs of shoes. His boost in confidence turned into an obsession with shoes, which led to him owning over 150 pairs. He realized he could encourage volunteerism and build community by giving away new and gently worn shoes. You can see Rikki and here him tell his story in this 2:11 min video.

In the two years the organization has been operating, they've given away over 7,000 pairs of shoes in 13 cities and now have partnerships with shoe manufacturers Nike and Saucony. At the shoe giveaways there is always an emphasis on the power of choice. People get to pick shoes that they want rather than having to take whatever is available.

The benefits of this program are listed on the Hav A Sole website: "bringing communities together, igniting the inspiration to give, preventing disease, encouraging healthy lifestyles, instilling confidence and showing that we care." Kudos to Rikki and his team of volunteers for setting up mobile shops and bringing high quality footwear to people who need it.

You can visit the website to see photos and videos of the group in action. If you've got new or gently worn shoes (or cash) you'd like to donate, you can do that here. As always, you can show your support via social media by liking their Facebook page and following them on Twitter @havAsole.