Since June is LGBT pride month, and in light of the recent shootings at Pulse nightclub in Orlando, we're spending this Feel Good Friday with the Human Rights Campaign. 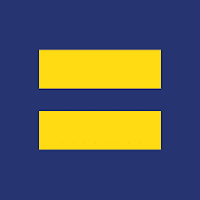 As stated on their website, "HRC envisions a world where lesbian, gay, bisexual, transgender and queer people are embraced as full members of society at home, at work and in every community." With 1.5 million members and supporters nationwide, HRC is the largest civil rights organization working to achieve equality for LGBTQ Americans.

In 1995 they dropped Fund from their name, adopted the current logo and expanded their research, communications, marketing and public relations functions. Victories of the HRC include the repeal of the military's "don't ask, don't tell" law, passage of the Employment Non-Discrimination Act and legalizing same sex marriage.

Current efforts are focused on turning their headquarters into a memorial for the Orlando shooting victims and advocating gun violence prevention policies. Their motto is, "love conquers hate" and they are advocating policy changes to increase the love.

You can join a long list of celebrities, and other cool people, in supporting HRC by making a donation, liking their Facebook page and following them on Twitter @HRC. If you don't like any of those options, you can always go shopping. My favorite item from their store is this hat! 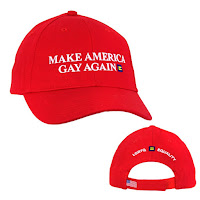